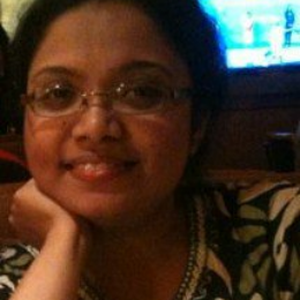 Reeta Raman is a features writer based in Singapore. A former editor, she has worked in print, radio and TV for over a decade. 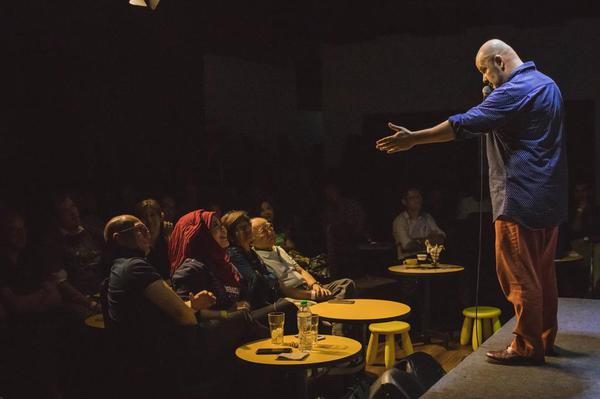 Making Comedy at the Risk of Being Cancelled

“Jada, I love you. G.I. Jane 2, can’t wait to see it,” comedy legend Chris Rock quipped onstage at the 94th Academy Awards last month. What happened next was a chain of events that will go down in the history of pop culture as Will Smith strode up on stage and slapped Rock across the face in front of a stunned audience. Smith later said he was defending his wife’s honour. Both Smith and Rock were criticised following the incident, and Smith received a 10-year Oscars ban for the slap. Since the 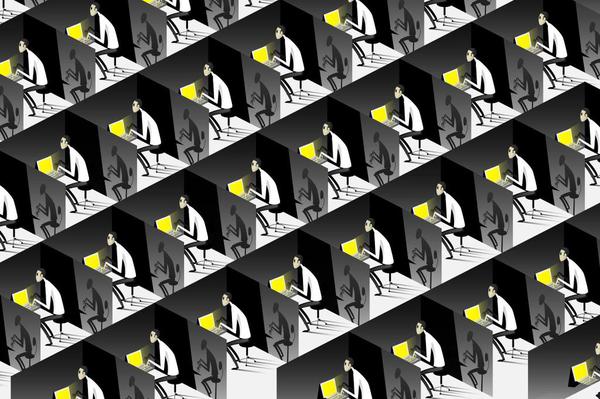 Scamming the Scammers — Rise of the Scam Syndicates

It was mid-May 2021—a balmy afternoon. Much of the world was in some form of Covid-19-induced lockdown. In Sydney, it was no different. Australian native Vanessa* was getting restless with the physical isolation. Cooped up at home 24/7, her mind was racing—she had always wanted to learn Mandarin, maybe now was the right time? Like most millennials, the 29-year-old administrator found an app called Tandem that connects and matches strangers worldwide to chat with fellow users and practice whatev 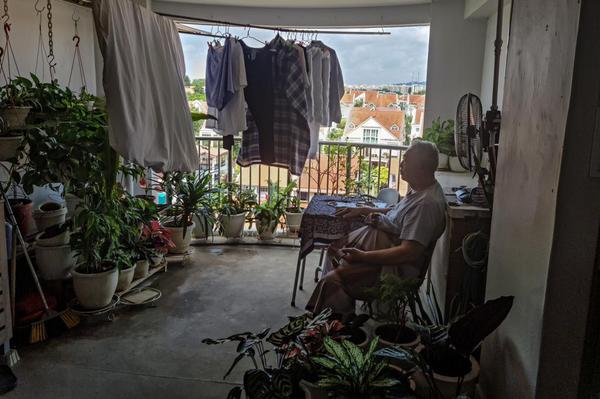 Lift-less in Singapore: To Move or Not to Move, That Is the Question

It’s mid-afternoon in the sweltering heat, and Hasshim Ahmad is trying to repair an old extension cord. In his hand is a massive roll of transparent adhesive tape. He fumbles for a while with the tape, then reaches behind him awkwardly—seated because his feet look like swollen balloons—to grab a pair of black scissors. He’s a fixer. At 86, he’s spent over half his life in the modest three-room unit along Queen’s Road. The pink and white block he lives in is nondescript, blending seamlessly with
Load More Articles
Close ✕ 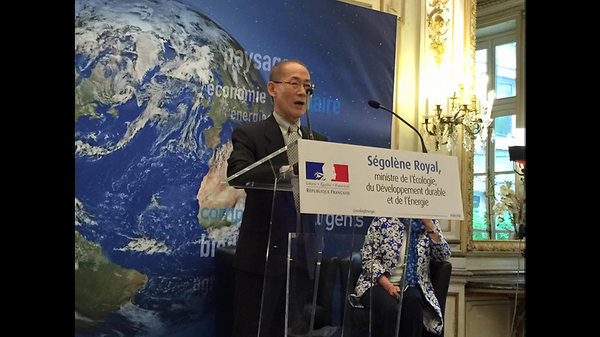 The new chief of the Intergovernmental Panel on Climate Change (IPCC), Dr Lee Hoe Sung, lays out his vision for the international body. 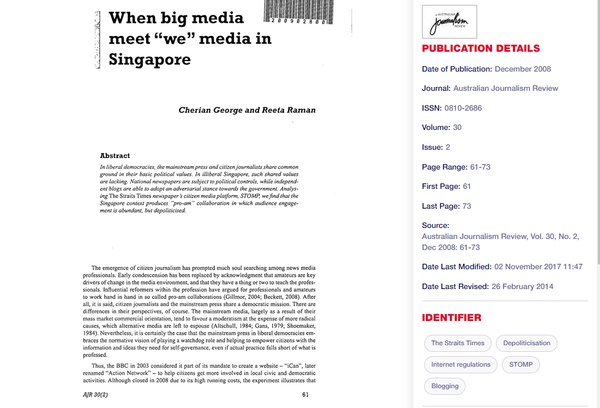 When big media meet "we" media in Singapore

I co-authored an article on citizen journalism for the AJR with Prof Cherian George while completing my Masters. 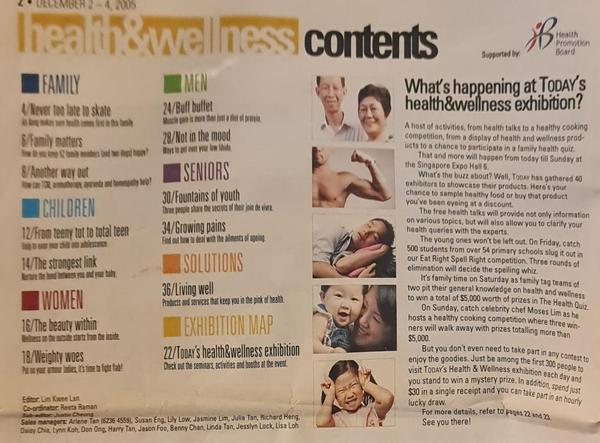 The first Health & Wellness supplement by TODAY in 2005. I was the co-ordinator of the entire project. 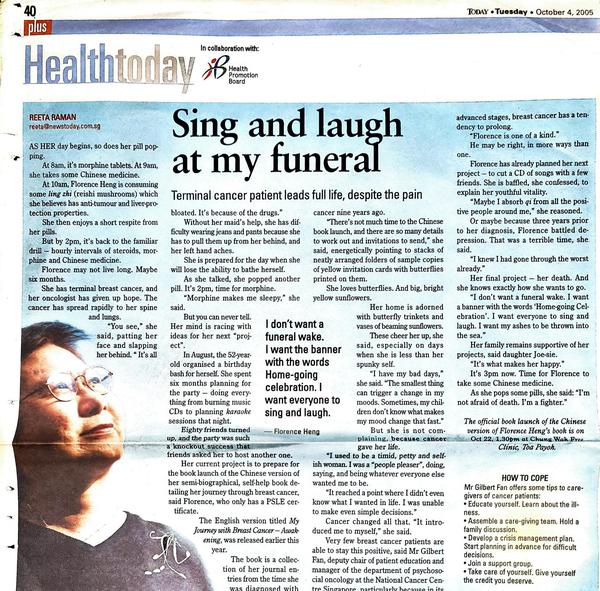 Sing and Laugh at my funeral

As her day begins, so does her pill popping.

Eden of the East

There's a certain sense of latent spirituality in Bali - present in its food, the people and the island itself. 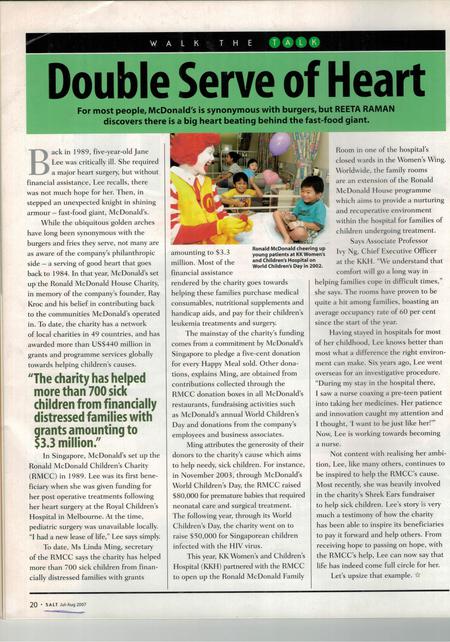 The fast-food giant's charity has helped over 700 sick children from financially-distressed families with grants amounting to $3.3 million. 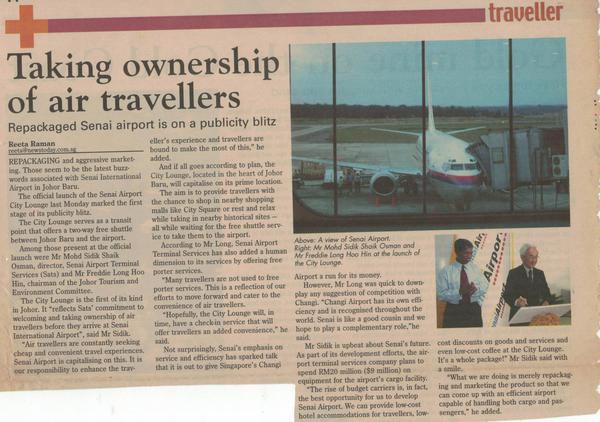 Repackaging and aggressive marketing. Those seem to be the latest buzzwords associated with the Senai International Airport in Johor Baru.
Load More Articles
Close ✕